PREVIEW OF CATALOG BEFORE PURCHASING

She was unique’ — Raine, Countess Spencer

A close family friend recalls the life and times of the politician and socialite — daughter of a celebrated author, stepmother to the Princess of Wales and a collector of fine art and objects

The only daughter of Alexander McCorquodale and the romantic novelist Dame Barbara Cartland, Raine, Countess Spencer (1929-2016) enjoyed a position at the centre of London society for more than 60 years.

Soon after being named Deb of the Year in 1947, Raine McCorquodale married Gerald Legge, later Viscount Lewisham and The 9th Earl of Dartmouth, with whom she had four children. In 1954, at the age of 24, she became the youngest member ever to be elected to Westminster City Council and subsequently played an instrumental role in the saving of historic buildings, including the grand facade of the Tate Gallery.

Following her divorce from the Earl of Dartmouth, Raine married John Spencer, 8th Earl Spencer, in 1976, and became stepmother to his children, including Diana, Princess of Wales. After Lord Spencer’s death in 1992, Lady Spencer married Comte Jean-François Pineton de Chambrun. The couple parted in 1995.

Lady Spencer, as she was known, had an appreciation of the fine and decorative arts, with 18th-century France being of special interest. She assembled a collection of paintings by some of the greatest artists of that period, including Boucher, Fragonard and Vernet. 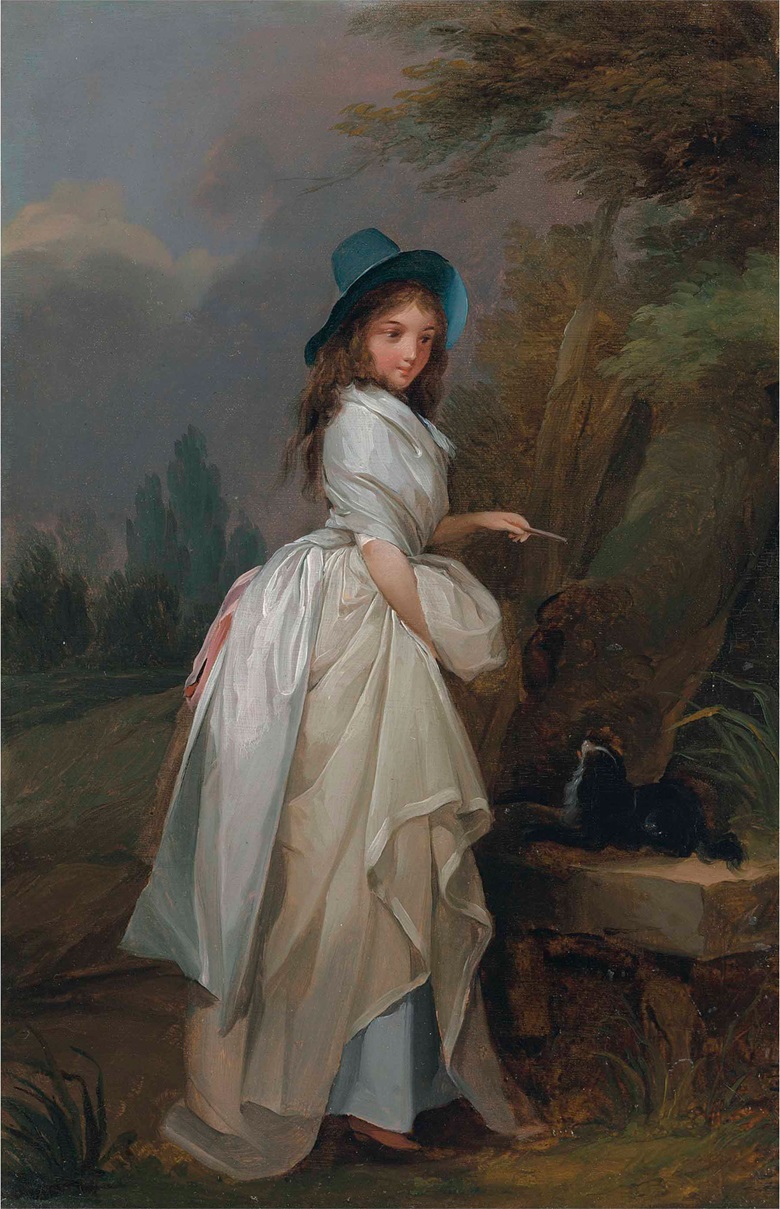 Highlights from Lady Spencer’s collection of French Old Master paintings will be offered in the Old Masters Evening Sale on 6 July. Leading this group are a scene by Claude Joseph Vernet of A Mediterranean sea-port with fishermen unloading cargo and Jean-Honoré Fragonard’s bozzetto, The goddess Aurora triumphs over night, announcing Apollo in his chariot, while Morpheus sleeps.

Lady Spencer also collected fine furniture on which she displayed ormolu clocks, objets d’art and Chinese works of art at her London house, which included a glamorous Art Deco dining room. Highlights from this part of the auction include a pair of late-18th century ormolu-mounted agate vases, probably Scandinavian or Russian (estimate: £20,000-40,000); a Louis XVI commode, attributed to Pierre-Antoine Foullet, c. 1770-75 (below), and a late Louis XVI ormolu mantel clock, c. 1795-1800 (estimate: £25,000-40,000).